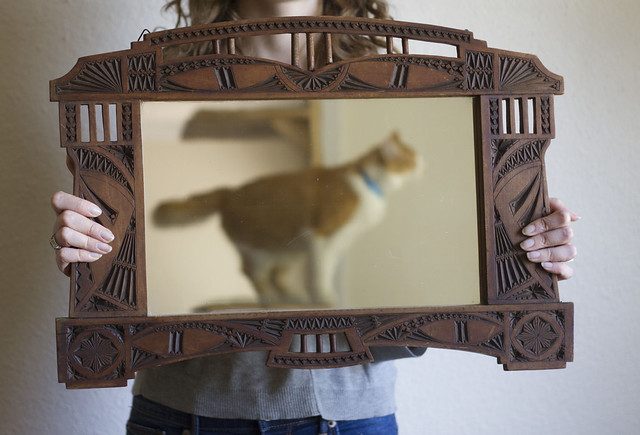 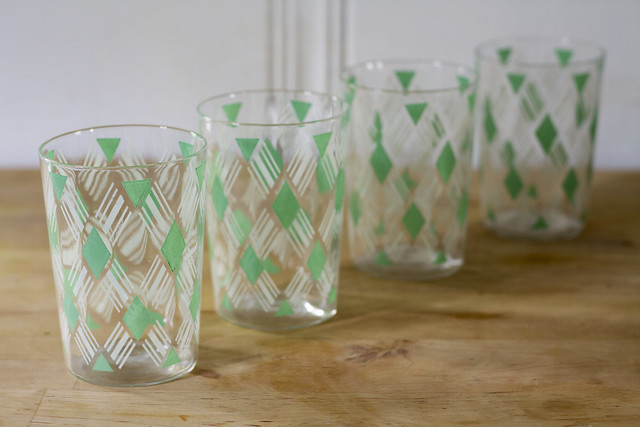 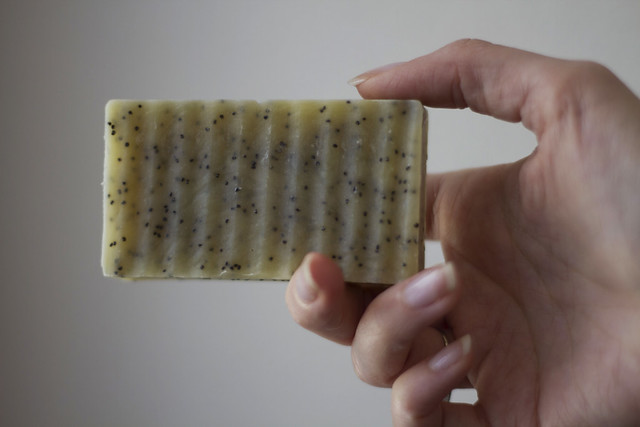 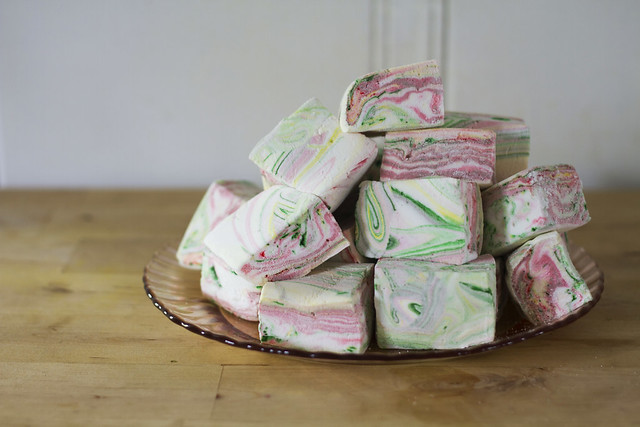 Here are a few recent things not worthy of their own post:

Up top is an incredible mirror I got my mom as an early mother’s day present (and also, Pip, pretending to be majestic). It’s so precisely carved and in such intricate detail that you hardly notice what it’s reflecting. I wanted to keep it for myself, which is probably a sign it’s a wonderful gift, right?

We got an unexpected package in the mail containing eight superlative juice glasses, a belated christmas gift from some dear friends. I’ve kept two out for daily use, but the rest are tucked away safely. They’re nearly too pretty to drink from.

I made a batch of lemon-poppy seed soap a while back, and in many ways, it turned out better than I could have hoped. Completely by accident, the batch gelled, which means it’s more shiny and translucent than a normal batch of soap– a nice feature for a bar embedded with poppy seeds. Nick made me a few molds, so the soap set with perfect squared corners and straight edges, which made it much easier to cut into uniform bars. The recipe is one I concocted to use the oils leftover from the christmas soap experiment, and although it was untested and entirely made up, it resulted in a better batch than the recipe I used then. This is my new go-to soap base:

To make it lemon-poppy seed, I added 1.5 oz lemon essential oil and a quarter cup of poppy seeds at trace. It’s got an excellent lather and it smells like dessert.

Nick had the genius idea to partially swirl food coloring into a batch of marshmallows, and my only regret is that nobody thought of it sooner. The ribbons of dye formed technicolor striations and made for some trippy looking s’mores.

– I’ve made this cake twice in as many weeks, and I already have plans to make it again. It’s that good.
– My antique mall luck has been off the charts lately– I’ve had my eye out for one of these for AGES, and I finally found one.
– I’m spending every second there’s cool, breezy weather listening to mountain man with the windows open, trying to enjoy this season before the onslaught of summer heat.

Posted on April 8, 2015 by Jessica This entry was posted in Experiments, Food, Life, Soap. Bookmark the permalink.