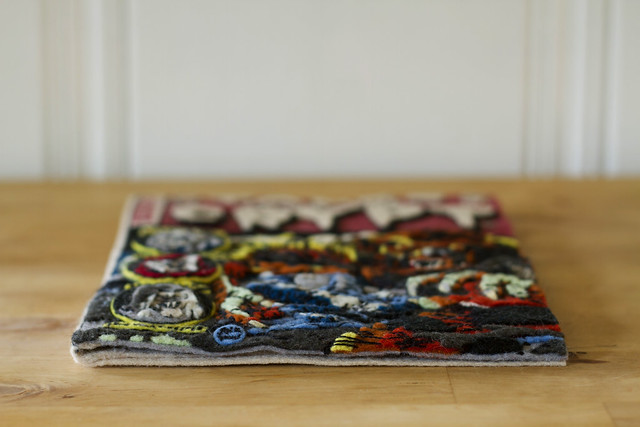 August was our seventh wedding anniversary. Although I started this yearly project with the intention of hand-making each gift, a lack of things like woodworking skills or access to a blacksmithing forge forced me to rethink that objective, and I opted to buy a few presents. But when you kind of specialize in fiber art and the traditional seventh anniversary gift is wool, you’ve really got no excuses left.

Nick has recently gotten back into comic book collecting, and keeps stacks upon stacks of those jewel-toned tomes in a long cardboard box in our closet (along with the handful of Wonder Woman comics that survived my childhood). His favorites tend toward the horror genre, and I’m sure he thought I wasn’t paying attention when he expounded on the difference in color quality between the 1950s Tales from the Crypt comics and the inferior early 90s reprints, but I was! A short time later, I had a copy of this in my hand, and a plan to remake it in wool. 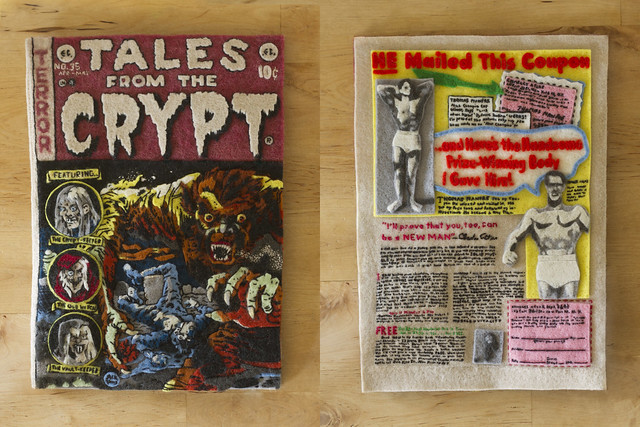 In theory, this plan was simple enough. The majority of the comic book would be constructed from wool felt, with small details embroidered in wool thread. You can meld two pieces of wool together with a process called needle felting, which involves stabbing the wool three thousand times with a tiny, hooked needle. The hook pulls together fibers from each piece of felt, and they become pretty securely attached without a single stitch or drop of glue. If you are really skilled, you may be able to complete an entire project without stabbing yourself once. 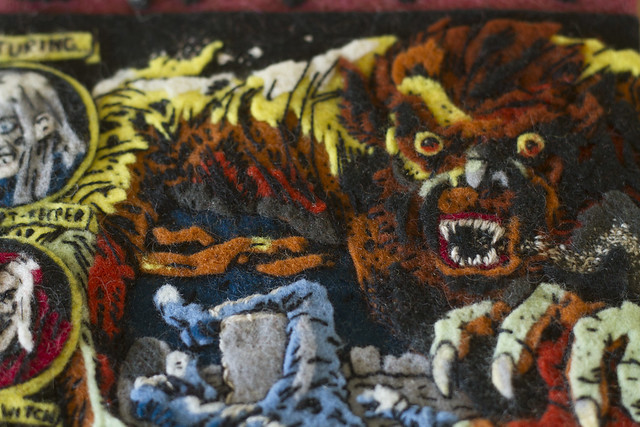 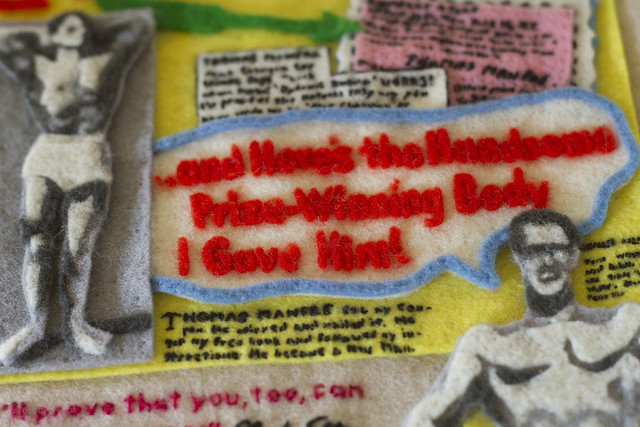 I’d always planned on making a felt version on the front cover, but when I saw the old-timey muscle man advertisement on the back, I couldn’t resist remaking that too. I ordered a giant stack of multi-colored felt and some wool embroidery thread from the only person on the internet selling it (and paid her exorbitant shipping fee). After many hours spent cutting out tiny bits of felt and embroidering minuscule stitches, I had a 100% wool comic book. It’s almost comical how often I manage to underestimate the scope and complexity of whatever project I’m working on, but this one really takes the cake. I’m not sure how many hours I spent on it, but it was worth all the effort for my favorite human.

Posted on January 26, 2017 by Jessica This entry was posted in Crafts, Life. Bookmark the permalink.